Statement on The Passing of Professor Emeritus Selwyn Ryan 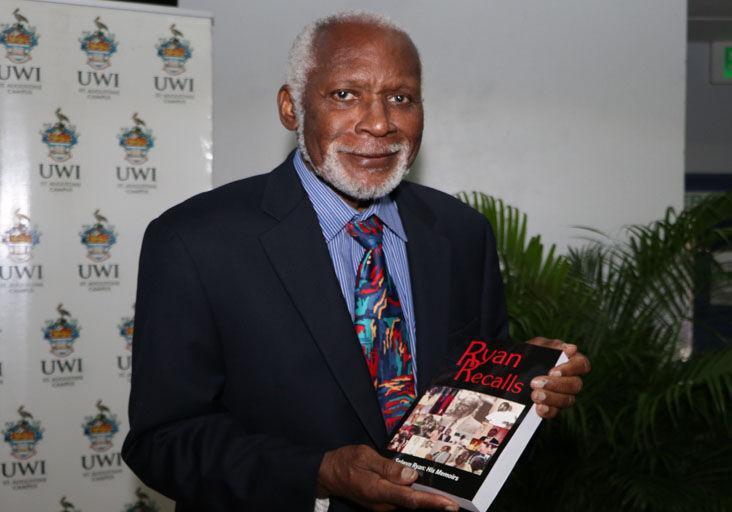 The UWI Regional Headquarters, Jamaica. Monday, March 14, 2022—The following statement is issued by Professor Sir Hilary Beckles, Vice-Chancellor of The University of the West Indies, on the passing of Professor Emeritus Selwyn Ryan, renowned social scientist and former University Director of the Institute of Social and Economic Studies (SALISES) at The University of the West Indies. He was also the Director of the St. Augustine Branch of the Institute from 1986 to 2003.

Professor Selwyn Ryan’s contribution to the rise of The University of the West Indies as an excellent, ethical and activist academy sets him apart as a stalwart of scholarship and an icon of the academe. Over a period of four decades, this phenomenally dedicated doyen charted new ground in political science and stood his ground for the relevance and legitimacy of his discipline and institution. In this regard, we recognise and celebrate his intellectual and scholastic contribution to The UWI as it continues on a journey of service to the Caribbean people.

Selwyn was not only a solid and reliable political scientist that left no stone unturned in the search for facts and truths but a splendid articulator of his empirical discoveries. He was a brilliant research empiricist. Theorising was not his preference. His primary commitment was to enable society to clearly understand the issues at hand for purposes of shaping political policy and practice. We all looked to him for research discoveries to fuel discourses relevant to the nation-building project in Trinidad and Tobago. His evidence dominated the discursive space. He shaped our understanding of the politics of divisive democracy and centred the university’s voice with dignity and respect.

His substantial contribution transcended the St. Augustine Campus and the indigenous environment. He was a Caribbean character with a regional mentality that defined his role as a ‘One UWI’ intellectual icon. He was at home on the Mona Campus where he bonded with contemporaries such as the late, legendary political scientist Professor Carl Stone. To watch them in action across the ‘UWIverse’ was to observe Caribbean intellectualism at its finest and most effective.

Selwyn gave his all to and for us. He wrote with sophistication, not only about the systems and structures of governance, and the character of the political culture. He was sympathetic of the plight of the marginalised. He wrote about the plight of the ‘sardines’ in the ‘shark dominated’ Caribbean waters. There was no horizon beyond his willingness to confront. In this regard he served as a major mind within our regional intellectual civilization.

Our distinguished colleague was an outstanding researcher, writer, teacher, and administrator. We thank him for his superb innings at the crease and wish him a blessed journey to the ancestral pavilion.  I join with Principal Brian Copeland and colleagues at the St Augustine Campus in offering condolences to his family and loved ones on behalf of the regional and global community that is The University of the West Indies.