Statement On TheTransition of His Excellency Vance Amory 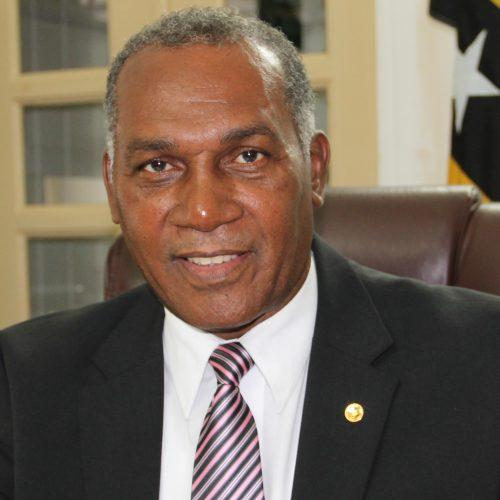 Transition of His Excellency Vance Amory

The UWI Regional Headquarters, Jamaica. Wednesday, April 6, 2022—The following statement is issued by Professor Sir Hilary Beckles, Vice-Chancellor of The University of the West Indies, on the passing of His Excellency Ambassador Vance W. Amory former Premier of Nevis and Government Minister in St. Kitts and Nevis, and alumnus of The UWI.

The University of the West Indies community is saddened by the untimely departure of our alumnus, friend, and champion, His Excellency Vance Amory, former Premier of Nevis within the state of St. Kitts and Nevis. In recent years, our Vance advanced many university initiatives within the Office of the Prime Minister, the Honourable Timothy Harris—also a distinguished alumnus.

I recall, some six years ago, calling upon him to assist the University, through the office of his Prime Minister in the negotiation of an ‘assets for cash’ strategy in order to facilitate governments in meeting their agreed financial obligations to the University within the context of their narrowing fiscal space. He was excellent in every sense and provided the basis for PM Harris becoming our Ambassador-at-Large with respect to negotiating government receivables.

Across the ‘UWIverse’, Vance will be remembered as a dedicated and loyal colleague who committed his intellectual energy to the regional democracy and integration movements. Always kind-spoken within his firm advocacy, he was an effective mobilizer of our best values and thoughts. His emergence from student life to public service was colourful and spectacular. His legacy as a high-quality public servant is well respected and within the university community, it will be assured and deeply respected.

We also recall his representation of The UWI Cave Hill Campus on the cricket field where his prowess as an all-rounder remains fixed in the memory of the Barbados cricket community. What a rounded and rooted student he was known to be!

We shall miss our departed brother but will feel empowered by the greatness and goodness found within his humanity. We offer our condolences to his family, friends, and the good people and government of St. Kitts and Nevis. Blessings upon his journey home.