The UWI pays respects on the passing of HM, Queen Elizabeth II 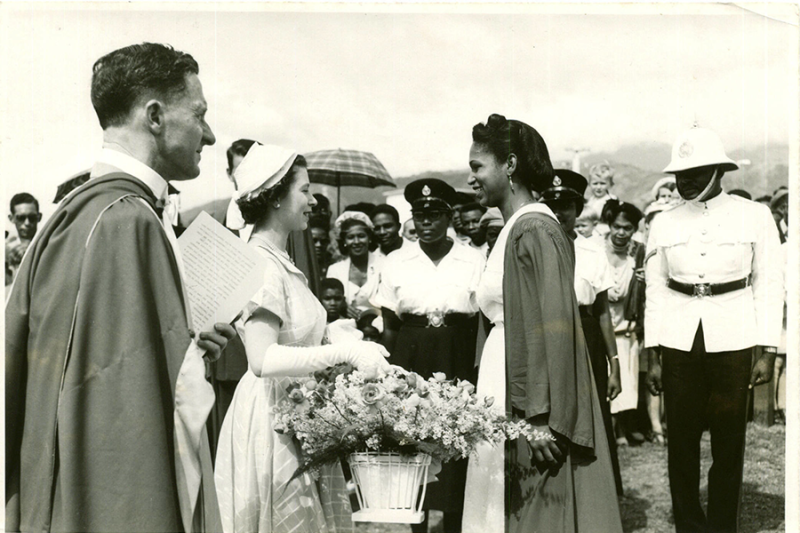 The UWI Regional Headquarters, Jamaica W.I. Friday, September 9, 2022. —The following statement is issued by Professor Sir Hilary Beckles, Vice-Chancellor of The University of the West Indies on behalf of the university community.

The University of the West Indies (UWI) wishes to pay respect on the passing of Her Majesty, Queen Elizabeth II of Great Britain.

The University’s relationship with Her Majesty and the royal family has deep historic roots. It was established in 1948 by Royal Charter that authorised the granting of degrees. In 1950, Princess Alice, Countess of Athlone served as the University’s first Chancellor. In 1953, Her Majesty became the University’s ‘Visitor’ (final appellate tribunal) and occupied this status until 2019, when she so graciously agreed to the University’s request to have it filled by a Caribbean jurist.

The University was honoured to have hosted Her Majesty in 1953 at the Mona campus during her maiden tour of the Commonwealth Caribbean. Her subsequent visits to the University in 1975 and 1994 were significant events and remembered with fondness.

On behalf of the university community, I offer condolences to the royal family, the government and people of Great Britain, and citizens of the Commonwealth.

For more, visit www.uwi.edu. (Please note that the proper name of the university is The University of the West Indies, inclusive of the “The”, hence The UWI.)