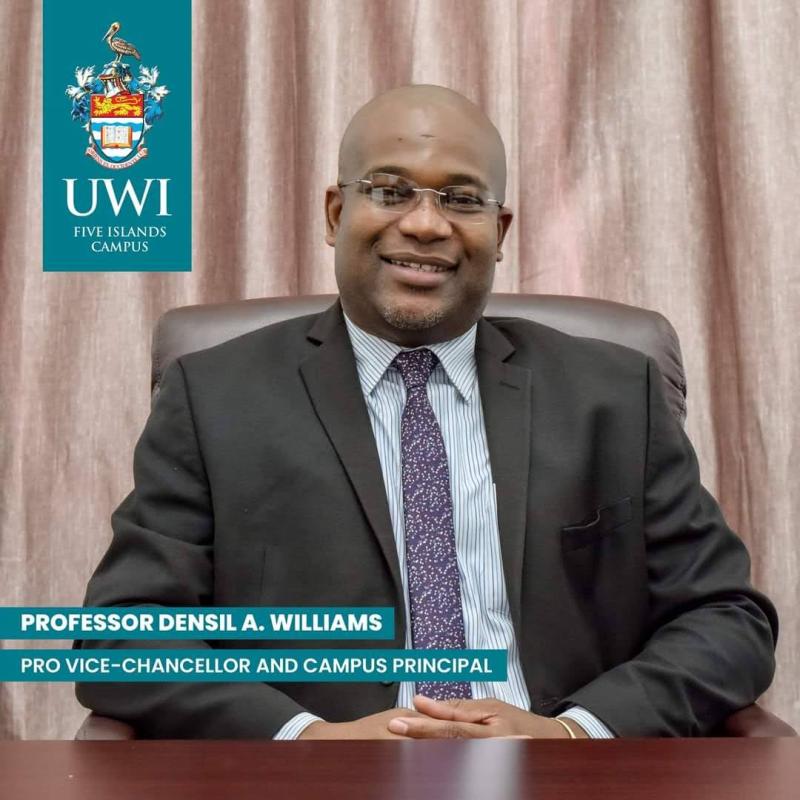 The UWI Five Islands Campus, Antigua and Barbuda, Thursday, April 28, 2022.  - The Principal of The UWI Five Islands Campus has been invited by Harvard University’s Radcliffe Institute to speak at its conference titled "Telling the Truth about All This: Reckoning with Slavery and Its Legacies at Harvard and Beyond." Pro Vice-Chancellor and Campus Principal, Professor Densil A. Williams, will be one of the panellists for the university institute’s conference, which is scheduled for April 29 in Cambridge, Massachusetts.

Professor Williams will participate in a global roundtable discussion consisting of participants from the United States, the Caribbean, Canada, Africa, and Europe. The roundtable ‘Global Perspectives’ will explore the issues surrounding the role of institutions of higher education in dealing with the legacy of slavery and the types of repair work that should be undertaken, among other things. Specifically, Prof. Williams will speak to the need to build stronger institutions to ensure greater transparency and accountability as these institutions take account for their historical roles and benefits from the transatlantic slave trade. He contends that this should be done by investing in human capital and providing greater access to infrastructure, including the ICT technologies to assist in greater integration into the new digital economy, as examples of the reparations to be made as we confront the legacies of slavery.

Professor Tomiko Brown-Nagin, the Dean of Radcliffe Institute for Advance Studies will chair the conference. She is also the Daniel P.S. Paul Professor of Constitutional Law and a professor of History, Faculty of Arts and Science.

The event follows the April 26 release of a comprehensive report from the two-year study undertaken by the Presidential Committee on Harvard & the Legacy of Slavery to understand and address the history and enduring legacies of slavery within the Harvard University community.

The conference will be at Harvard University with over 800 persons expected to participate both in person and online.

Ranked among the top universities in the world, by the most reputable ranking agency, Times Higher Education, The UWI is the only Caribbean-based university to make the prestigious lists. In 2020, it earned ‘Triple 1st’ rankings—topping the Caribbean; and in the top in the tables for Latin America and the Caribbean, and global Golden Age universities (between 50 and 80 years old).  The UWI is also featured among the top universities on THE’s Impact Rankings for its response to the world’s biggest concerns, outlined in the 17 United Nations Sustainable Development Goals (SDGs), including Good Health and Wellbeing; Gender Equality and Climate Action.